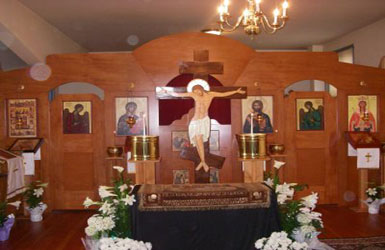 For the faithful Orthodox Christians, the Holy Saturday is the day of watchful expectation. The first parts of the Holy Saturday are meant for mourning for the death of Jesus Christ and his stay in the tomb. The latter part is when the people highly expect his rising, as true to his promise of resurrection on the third day after his death.

The Orthodox Christians spend the Holy Saturday with a solemn atmosphere. Short to say, the atmosphere of Orthodox Holy Saturday is very much like Good Friday—the people remember the death of Jesus Christ by repenting from their sins, by avoiding merry-making activities, and by engaging to Lenten Season activities.

On the evening of the Orthodox Saturday, the community usually attends liturgical readings held in their respective churches. Vigil ceremonies also happen, where the ceremony of candle-lighting happens on the midnight of the Orthodox Holy Saturday until the coming of the Easter Sunday. When the ceremony is over, the people will bring the candles home. Before they enter their houses, they will light the candle and will form a smoke on the shape of a cross. Many Orthodox Christians try to keep the light of the candle burning all throughout the year. For Orthodox Christians, it is one of the most significant celebrations in their Lenten calendar.

How the Public Observes Orthodox Holy Saturday in Australia

In Australia, Holy Saturday of the Orthodox community is not declared as a federal holiday. Most of the establishments in the commercial areas are open on Saturdays. People who do not belong to the Orthodox community spend this day like the way they normally do on a Saturday. Some go to the shopping malls, dine out, or spend their day at home to relax with the family. The Orthodox Christians, on the other hand, avoid activities that involve merry-making in respect and observance of the suffering of Jesus Christ. The traffic during this time is not affected as well, and all major transport service operates as well.

The Orthodox Symbols of the Holy Saturday

Lighting of candles is a usual practice of the Orthodox community on Holy Saturday. The candles are lit to signify Jesus Christ’s triumph over death. As written in the scriptures, he rose again on the third day after his death.