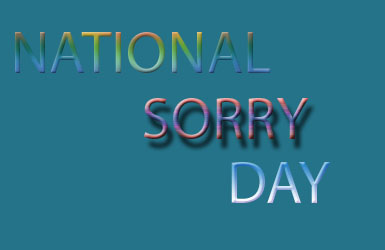 In Australia, there is an annual event called National Sorry Day. The name may sound strange, but the history behind it is one of the most relevant events in the Australian community. The event, which started on May 26, 1998, is the country’s way of remembering the mistreatment of the continent’s indigenous people.

What is National Sorry Day?

The Australian government had a very controversial policy that resulted to “Stolen Generations”. This controversial policy forced the aborigine children to be away from their families in the attempt to make them white Australians. On the 26th of May 1997, the “Bringing Them Home” report was raised in the parliament. The “Bringing Them Home” report asked the Prime Minister to apologize to the people of the “Stolen Generation”. The Prime Minister seated that time, PM John Howard, did not agree to do so.

Due to the unfavourable response of PM John Howard, prominent groups established and formed the “national sorry” movement to protest on the absence of compassion of the government to the people of “Stolen Generation”.

On the 13th of February 2008, then Prime Minister Kevin Rudd issued a statement apologizing to the indigenous people. He apologized for the past laws, rules, practices, and policies that destroyed Australia's aborigine, the members of the “Stolen Generation” in particular. On behalf of the government, PM Kevin Rudd became the first Prime Minister to apologize to the “Stolen Generation”.

How People Celebrate the National Sorry Day in Australia

The National Sorry Day is widely celebrated in Australia every 26th of May. This day gives the nation a chance to remember what the laws have done to the aborigine, as the nation continues to move towards healing, most especially to the people of “Stolen Generation” and their families.

The people of Australia usually have joyous activities during the National Sorry Day. These activities include the raising of the National Sorry Day flag, speeches from community leaders, marches and parades in the streets, and entertainments such as concerts, contests, shows, and the like. The community also gathers for a barbeque cook out, morning teas, or banquets.

The National Sorry Day is not a federal holiday in Australia. The employees go to their respective jobs and offices to serve the public, while the students go to school to attend classes. Commercial areas are open to serve the people as well, including shopping malls, grocery shops, banks, and restaurants.