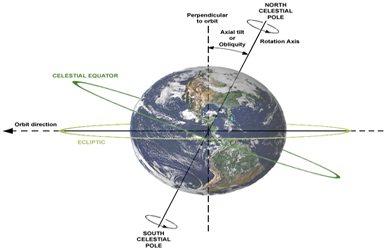 The March Equinox or Spring Equinox

There are different events that happen during the March Equinox or Spring Equinox. While it commonly signifies the most colourful time of the year courtesy of the budding spring flowers, there are religions and beliefs that also regard the Spring Equinox as symbols of religious events and occasions. For instance, in Christianity, it means resurrection and its triumph over death. As spring signifies a new life, resurrection signifies coming to life. Additionally, March Equinox and Easter Sunday also happens on the same day.

The first day of March Equinox marks the Persian New Year. The event was first celebrated 3,000 years ago by Zoroastrianism. Like the spring, the Persian New Year also symbolizes new day and new beginning, that is why the Persians make sure to clean their homes, repair broken items, and flowers are planted in the garden—all of which marks the start of a new life on the New Persian Year. This event lasts for thirteen days.

Since March Equinox and the Christian’s Easter Sunday falls on the same day, the day is declared a special holiday in Australia. There are no offices and schools that open on this day since it is a Sunday. There are commercial establishments that are open for business, especially in the big cities of Australia. Families in Australia also tend to go on vacation on March Equinox since it falls on the same day when the four-day Easter weekend is also observed. The families find this as an opportune time to explore the natural wonders of Australia as their means of recreation, such as its mountainsides and famous beaches.

The Christians in Australia, on the other hand, stage festive celebrations because the March Equinox is also the Easter Sunday, a very important event in the Christian world. They celebrate the rising of Jesus Christ the Savoir from the dead. They attend masses and other Easter Day celebrations in their respective churches, and they also prepare festive foods to be shared to their families and friends.