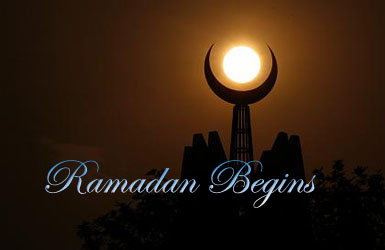 Ramadan is one of the highest celebrations in the Muslim community. This happens on the ninth month of the Muslim calendar or the Islamic lunar calendar. During this blessed Muslim month, Muslims all over the world focus on sacrifice, repentance, and prayer. This is the blessed month when they give their full attention to God. The word Ramadan means “intense heat” and “lack of food and water”.  This is hailed as the holiest month in all the months in the Muslim calendar.

The First Days of Ramadan in Australia

Ramadan is observed on the entire ninth month of the Muslim calendar. Every day, the Muslims dedicate their day to God. They do that by not eating, or commonly known as fasting. From sun up to sun down, the Muslims sacrifice in the form of fasting.

Sacrifices during the Ramadan

In Australia and in all countries of the world where Muslims are found, fasting from food is not the only way they practice Ramadan. Since Ramadan is all about going back to God, this is the best opportunity for them to renew themselves in spirit and action. As their form of purifying their soul and going back to God, they do not say wrong or bad words, or do not think of ill-thoughts. They also see the Ramadan as the best time to forgive others for their wrong doings.

It is also the best time to ask forgiveness from those they have done wrong. To give full attention to God, the Muslim community abstains from merry-making activities.  There may be so much sacrifice and restriction during this month, but that does not necessarily mean hardship and deprivation. For the Muslim community, this means living a holy life and going against the evil. Fighting against each other is strictly not allowed during the season of Ramadan.

For the many, especially the young, the Ramadan is the best time to learn about the Qur’an. The parents usually lead their children in learning about the sacred book of the Muslims.

The Public and the Beginning of Ramadan in Australia

The Ramadan season is highly recognized in Australia. Muslim businesses are usually closed for the entire season, or if they opt to open, their operating hours are restricted. There may be a slight congestion in the roads where the Muslim mosques are located due to some Ramadan practices and rites.

Other Holidays in April