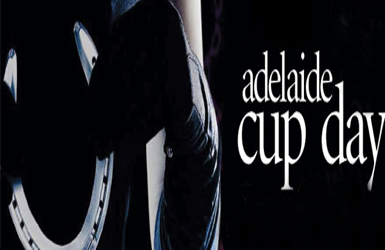 Though Adelaide Cup Day is one of the most awaited occasions for horse racing enthusiasts, socialites also enjoy the long weekend to the fullest. People involved in the horse racing business participate actively in the event for the prize money awarded to winning horse. Horse owners, trainers and jockeys all have their share. As, betting is allowed in this event, lots of people bet on their favorite horses. Normally, the first starts between 11.45am and 12.30pm local time. A total of eight races are held throughout the day with a gap of 40 minutes between two back-to-back races.

People visit the racing event in their best look. They participate in fashion shows, enjoy live music, and meet celebrity guests on the field. Gourmet food and drinks are another attraction for visitors of Adelaide Cup Day.

However, some people do not go to the event place. They prefer to stay comfortably at home and enjoy the race by watching television. Apart from watching the horse race, people have other plans to take pleasure in their long weekend. Some go on a short trip to nearby places; some enjoy holiday rentals along the coastline and spend the day at beach.

Though horse race in Adelaide started in the year 1938, inaugural function of Adelaide Cup was held on the Thebarton Course on April 21, 1864. The event became so successful that it became a part of South Australia�s annual racing agenda. In 1942 wartime ban was introduced on horse racing but it was lifted in the year 1944 and people could take pleasure in the Adelaide Cup. In the year 1973, Adelaide Cup Day got its state holiday status and officially recognized as the SKYCITY Adelaide Cup in 2005. The date of the Adelaide Cup Day was changed from May to March in 2006. In the southern hemisphere, it rains in May. To attract more crowds and make the event financially successful, the date was moved to a warmer time.