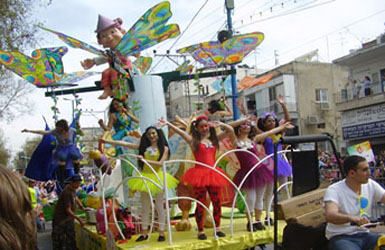 Purim is a traditional Jewish celebration that marks the triumph of the Jews over Haman’s plot of mass massacre. The defeat of Haman is written in the book of Esther. It is celebrated annually according to the Hebrew calendar, and the event falls on the 14th day of the Hebrew month of Adar. Purim is one of the joyous celebrations of the Jews.

The Practice of Purim Traditions in Australia

Australia is also home to a lot of Jewish. In Australia, the Jewish celebrate Purim on the sunset of the 13th day of the month Adar. The Purim celebration begins with a reading of the Megillah which is the story of Esther. The readings are always done in Jewish’s respective synagogues.

It is an obligation to tell the story of Jewish’s victory to the children. When the story is being told, there are Graggers, or Purim noisemakers, to drown the name of the villain Haman. The noise particularly adds interest to the children, and makes the story-telling lively as well. These graggers are available for sale several days before the event.

During this event, festivities happen in the Jewish community. In Australia, the Jewish community take time to prepare baskets, fill it with various goodies including breads, cookies, fruits, and chocolates, and distribute it to their relatives and friends.

For Jewish, this is also the best time to share the blessings they have received over the years. It is very common to find Jewish people donating to charity institutions during this time of the year. Jewish community also helps organizations that work for a cause during Purim.

The Public’s Observance of Purim

Since Purim is a Jewish tradition, it is not practiced widely in Australia. Hence, only identified group that belong to the Jewish community celebrate the event. Australia does not declare Purim as a holiday. Hence, offices and schools are open during Purim, except Jewish schools or establishments that are owned by Jewish.

The traffic is not affected, as well as the transportation. Jewish people in the workforce may file a leave of absence from their workplace to join in the celebrations of Purim.

Other Holidays in February