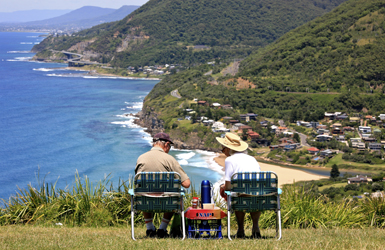 Australia’s Northern Territory celebrates the first Monday of August as a holiday. Families go out for a long weekend picnic. Everybody enjoys to the fullest on the long awaited Monday Picnic Day. Workers get an extra day as holiday and the plan for outing is made much before the actual moment arrives.

The question, how celebration of Monday Picnic Day started, has a number of answers.

One story describes that Monday Picnic Day was first declared a public holiday for railway employees to visit Adelaide River to take pleasure in a picnic.

According to another source, Monday Picnic Day dates back to November 27, 1947. On that day a race meeting, now popularly known as Harts Range annual races, had been held. The event included activities such as riding, barbecue and dance. It became so successful that it was declared as a yearly event. People wrote an application to the Northern Territory Administrator requesting to announce the day as a holiday to coincide with the future meetings of Harts Range Amateur Racing Club. The application was granted and the day was named as ‘Monday Picnic Day’.

Another tale tells that Monday Picnic Day was declared a statutory public holiday to memorialize the liberation of the Chinese Coolie, bonded laborers, who constructed the Darwin to Larrimah North Australia Railway. In return, the Chinese workers got the right to reside in Australia as free colonizers and Australian government also offered sufficient funds for a steamer fare to Hong Kong. However the Chinese people chose to visit Adelaide River for a picnic.

What people do on Monday Picnic Day?

Most of the people have plans to attend the Harts Range annual races event which is held on the Monday Picnic Day. The event includes sportive activities such as bull rides, a Ute (utility truck) contest, children’s innovation events, whip cracking, lizard races, and a rural ball.

The Town of Adelaide River also attracts lots of people on this particular day as it observes the traditional railway picnic. Visitors have fun in participating in various activities and games those include tug-of-war, sack and three-legged races, egg and spoon races etc. The taste of traditional railway food and drinks add more flavor to the enjoyment.

However, some people prefer to go on short trips on Monday Picnic Day whereas some just relax at home. Other programs include going on a picnic lunch at a park or at other places, participating in sporting events such as baseball and netball games.

Other Holidays in August