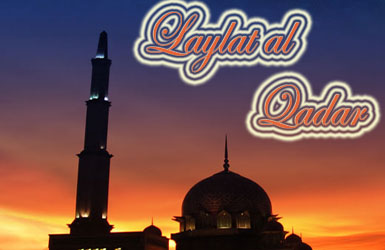 Laylat al-Qadr is the most important night in the Muslim community. This event remembers the night when God revealed to Muhammad his words and wrote it to what is known as the Qu’ran. It was the event when the last prophet Muhammad received the first verses of the Qu’ran. The anniversary of that night is commemorated in the Muslim world, and that is what Laylat al-Qadr signifies.

What is Laylat al-Qadr?

In the Muslim religion, Laylat al-Qadr is considered the most important night in the Muslim calendar. This event is also called Night of Power or the Night of Destiny. It is significant because it was the night when the Muslim’s last prophet, Muhammad, received the words of God.

When is Laylat al-Qadr?

What do People Do During the Laylat al-Qadr?

Being a part of the Ramadan period, the Muslims fast from sun up to sun down. On the daytime of the Laylat al-Qadr, Muslims are not allowed to eat, drink, and engage to merry-making activities. It is the time they renew their faith and belief in God or Allah. They focus their minds and actions in doing what is only good. All throughout the Ramadan period, including the Laylat al-Qadr, the Muslims are encouraged to forgive or ask forgiveness.

During this event, the Muslims go to their place of worship or the mosque. They take time to read the Qu’ran, pray, reflect and worship the works of Allah. It is also in the mosque where they rest, sleep, and spend the rest of the day.