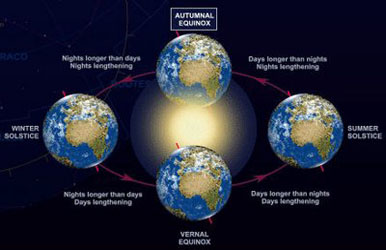 The Practices of September Equinox

During the old days, the coming of spring is a major happening. Celebration mostly tackles the balance between night and day. This is in accordance to the equal twelve hour day and night that is experienced around the globe. There are also cultural traditions, festivals, and celebrations held as the spring comes. This celebration gives appreciation to the land’s rich and fertile soil and its abundance in harvest

The September equinox is also known as the Ostara celebration. This celebration is a way of showing gratitude to the fertile and rich soil of the Earth. The welcoming of spring season is a very important event because it is when the soil becomes warmer and plants starts sprouting.

Pagans practice the September equinox, or the Ostara, in different manners. Some put up an Ostara altar decorated with flowers. They also pray in the Ostara altar. This is also an event where they gather together to eat festive foods. The foods that must be present in Ostara celebration include eggs, shoots and sprouts—the foods that symbolize spring season.

Other Holidays in September