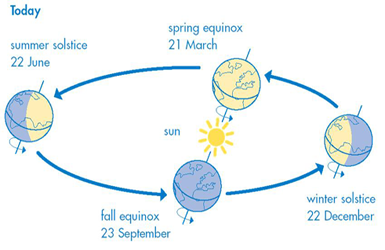 Ancient Times and the June Solstice

In modern times, June Solstice’s is still very much recognized due to the many festivals and celebrations associated with it. In the northern part of Europe, June Solstice is celebrated and the festival is called the Midsummer Festival. This celebration is one of the most attended summer festivals. The celebration is held because of the people’s fondness of the summer season in which the summer days are at its longest. The Midsummer Festival is also celebrated as a thanksgiving for the Earth’s fertility. This means that the soil is rich, and there is abundance in harvest. The houses in this part of Europe are usually decorated using garlands of flowers, branches of trees, and fresh fruits.

June Solstice is not a public holiday in Australia. In this country, there are small groups who still keep the tradition of the June Solstice alive. They gather together and organize events that are in connection to summer traditions. The gathering is usually graced by singing and dancing programs. But the celebration of June Solstice focuses more on the importance and uses of the sun in modern times. For instance, the event serves as an avenue to tackle the eco-system benefits of using natural light as a source of energy. The June Solstice gathering also discusses the preservation of the environment and natural resources.

Other Holidays in June